I was reading an article on BBC, “Are we living in Blade Runner World,”by David Barnett, about the 1982 flick directed by Ridley Scott, sparked by Philip K Dick’s 1968 novel, “Do Androids Dream of Electric Sheep.” The article’s author goes on to explain that the depiction of LA (at the time of the movie) was not far off from today and draws some comparisons.

The article then drifts into why writers of science fiction write what they do; are they writing to 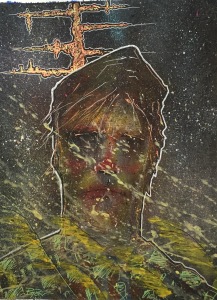 predict the future? Find out. The article is a great read for anyone who has put off reading Sci-Fi because they think the stories are of weird aliens (which there are), with unpronounceable names and places (guilty as charged), where the dialogue is robotic in cadence, which is false… except for maybe a few newbie writers of Sci-Fi that self publishing has afforded– a terrific thing by the way.

The article shows great insight from Sci-Fi authors, Matthew Kressel and Mary Robinette Kowal, both who have created great works. Do authors of sci-fi write to predict the future? I’m sure many do, but based upon my own experience, I like to think we write depictions based upon current, hyper-social events; like smashing atoms and looking for the sub-particles we expect to see, and spin it from there.

4 thoughts on “Are we living in a Blade Runner World?”