This short story is an entry in one of Wattpad’s plethora of writing contests (Comet’s Tale) in collaboration with Children’s Fiction on Wattpad.

This is a story about Isomerism. In chemistry it represents a chemical structure with the same number and types of atoms as another chemical structure but with different properties due to a slight difference in the arrangement of atoms. Isomerization can arise spontaneously depending on whether the energy of the configurations i. I love to use this concept in my writing of Sci-Fi–when something appears identical, but is not–like one’s reflection in the mirror

The chemical structure of Cyclohexane has always remained one of my favorite structures of Organic Chem, this structure often referred to as, ‘the Woman in the Chair,’ named after the star constellation, Cassiopeia. 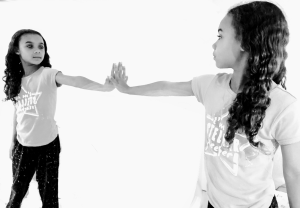 “Yes,” her mother answered as they sat on the edge of the bed, looking up through the dome and into the stars beyond.

“Well… yes,” Her mother hesitated. “Your left eye is blue, but the other Phia’s left eye is green.”

“What about the freckles on my shoulder?” Phia asked.  “The ones in the pattern of the constellation, Cassiopeia, does the other Phia have that?”

“Yes. But for you, those freckles are on your right shoulder and hers are on the left.”

“So she is not exactly like me,” Phia said scrunching her brows.

“But indeed she is,” her mother insisted.  “If the other Phia were standing in front of you, no one could tell the two of you apart.”

“But everything seems different, I don’t understand?”

“Let me show you,” her mother said and commanded the home’s A.I. to bring up the portal of planet Isomer on the other side of the galaxy.  The two watched as the air began to ripple, then swirl until it thickened into a circular gateway.

Phia leaned into her mother, perplexed by what appeared in the room.

”There is nothing to fear,” her mother giggled.  “Now stand up,” she said nudging her daughter forward. “Go meet the other Phia.”

Phia slipped off the edge of the bed and faced the portal, stepping closer until she was staring back at who she believed was herself.

“But that’s me!” she said turning back to face her mother.

“No.  That’s the other Phia.  Now raise your left hand,” she encouraged her daughter.

Phia once again faced the portal and raised her left hand.

“Do you see now who I am talking about?” Her mother asked.

“No.  I see me,” Phia said still holding up her left arm and wiggling her fingers in the air as the Phia in the portal matched every move.

“Look more closely,” her mother instructed.  “Which arm is the Phia before you holding up?”

Her daughter studied the girl before her, then realized the other Phia was holding up her right arm. She stepped closer until their noses were almost touching, looking directly into each other’s eyes that were reversed in color.  Phia pulled her tee shirt off her shoulder to reveal the freckles as the Phia in the portal matched her every opposite move.

“Now do you see?” her Mother said from behind.

Her daughter nodded and placed the palm of her hand upon the surface of the portal until she could feel the other Phia pressing back with equal force.

Her mother looked on at the two of them, not concerned about her daughter slipping through to the other side, because no matter how hard she tried, she could never find her way around the Phia in the portal, who matched her every move.

“I can feel her!” Phia said to her mother as she watched and listened to the Phia before her say exactly the same thing.

“Now say good night to her— it’s time for both of you to go to bed.”

The girls waved to each other, opposite but the same.  “I’ll see you tomorrow,” they each said and turned away, but quickly, each turning quickly to see if the other did the same, smiling when they did.