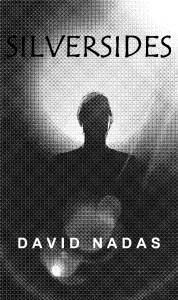 Silversides – Endozoic:  For millennia, we humans have looked to the stars, wondering; are we alone? Our curiosity continues to drive us to develop the tools to explore beyond our means, watching and listening for intelligent life. Is it our predatory nature we depict these otherworldly civilizations as monstrous and war mongering? Are we in denile?  Is our obsession of invading aliens a reflection of ourselves? Maybe we are that alien nightmare for some unsuspecting civilization and waiting is no longer an option, but a need.

In the not so distant future, signals from the Gliese 581 Solar system will be picked up by SETI’s deep space holoArray, confirming there is intelligent life in the universe.  The discovery is timely, as for humans, time is running out and within the next two centuries, Earth will become as barren as Mars. A scouting party of six cryogenetic modified humans, known as Silversides, will be sent to Gliese 581 g. They will arrive undetected, ahead of the invasion and with the inhabitants, unmindful, Earth or its humans even exist.

“Nori,”  he spoke, very controlled; a commanding tone he knew gets questions answered.  Brushing his scalp as though just having walked through a spider web, he asked, “Who exactly are you?” and not waiting for an answer, “where did you come from?”  Then leaning in closer,  “Tell us again, why you are here?”

Nori paid little attention to the talking suit, instead focused on her cuffed wrists locked into the grommet of the table, which like her chair, was bolted into the concrete floor.  She studied the burn marks and scratches on the metal, wondering how many others had sat here to the drone of these same questions, whether they were a petty thief or, as she was, someone who had just traveled twenty light years and back through time.

She raised her attention to the decorated suit of a man, with the port of a  belly and his chubby arm braced on the table-top while his manicured fingers, like sausage links, rolled inches away from her own.  How easy it would be for her to reach out and break each and every one of them before he would ever feel the blinding pain.

“I already told you,” she repeated. “I am here alone.”

The suit pushed up from the table with the crack of his back as he stood and his head tilted down.  Then suddenly, he hammered his fist onto the table and leaned in.

“Stop fucking around and answer the goddamn, questions!” the spittle from his charge landing on her cheek.

Nori had been mouthing every word the suit was saying before he did, her green left eye and yellow right eye, unnerving him. He could see the slight extension of her smile, and lost it.

She knew what was coming next and took the blow of his back-hand across her mouth, pausing momentarily before sweeping her tongue beneath her lip, watching him shake off the hurt like he had just punched a brick wall.  He could see there wasn’t a mark or expression upon her face; just the feeling of deep hatred, streaming into him.

“CHIEF!” Shouted a woman’s voice from behind as she stepped out from the shadows.

“That will be enough! Now leave here immediately or, by God, I will see to it you spend the remainder of your career at Shemya!”

Knowing she did not hand out threats, only promises, he turned away from Nori to face her.

“Maddem President. ” He said with a submissive nod as the Marine opened and closed the steel door behind him.

The president asked for a chair and sat opposite from Nori.

“I deeply apologize for my Chief’s behavior.  There was absolutely no excuse for that.”

Nori did not respond, but stared deeply into the Presidents left eye.

The President, uncomfortable, brushed the tip of her nose out of nervousness.

“Tell me.  Why did you come here?  Why Times Square, the most recognizable place on this planet?  Surely, you could have picked someplace more hospitable, say…”

“Yes. Like, Paris.” The President said, clearing her throat suddenly dry, trying not to show her fear.

“I thought, carefully, about that,” Nori replied. “Paris will always be a place of inspiration for me, but New York?  It seems right to me. So here I am, in Times Square.  ‘The center of the Universe.’”

Nori could see the shock on the President’s face and the pleasure on her own, having just read her mind.

“You need to shut down five-eighty-one.” Nori warned.

“What is five-eighty-one?” the President questioned, the chevrons of her brows indicated she was clearly in the dark.

“Start with your Chief,” Nori offered.  He’s holding your seat.”

“Seat for what?” the President feeling she has lost control, of everything.